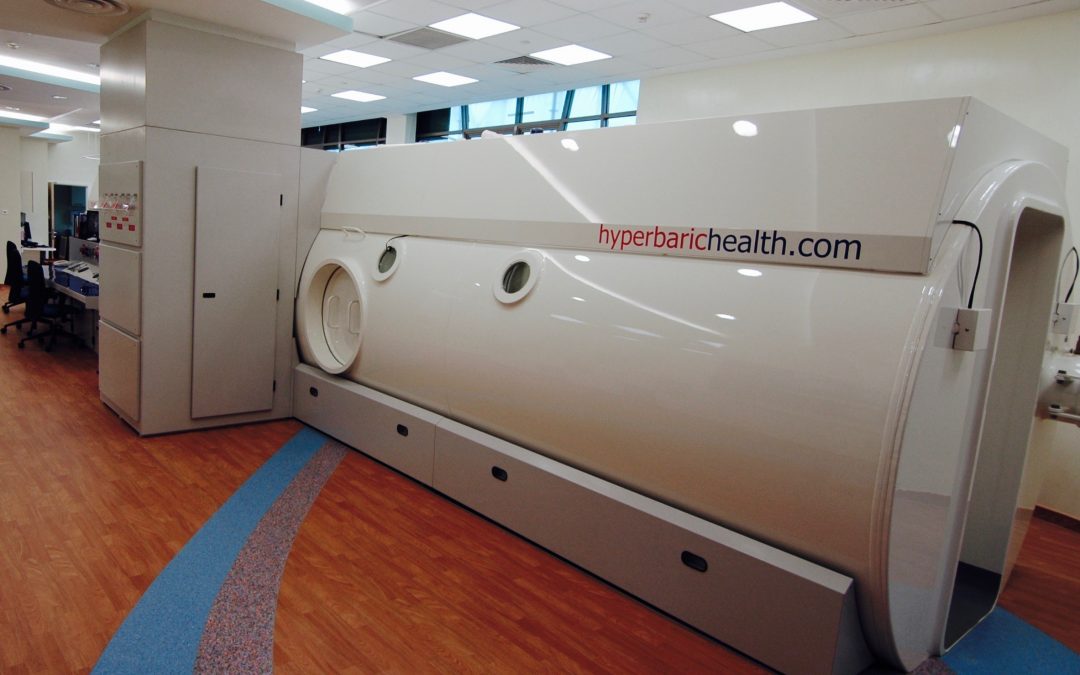 Your blood carries this oxygen throughout your body. This helps fight bacteria and stimulate the release of substances called growth factors and stem cells, which promote healing.

Your body’s tissues need an adequate supply of oxygen to function. When tissue is injured, it requires even more oxygen to survive. Hyperbaric oxygen therapy increases the amount of oxygen your blood can carry. An increase in blood oxygen temporarily restores normal levels of blood gases and tissue function to promote healing and fight infection.

The evidence is insufficient to support claims that hyperbaric oxygen therapy can effectively treat the following conditions:

Hyperbaric oxygen therapy is generally a safe procedure. Complications are rare. But this treatment does carry some risk.

Pure oxygen can cause fire if a spark or flame ignites a source of fuel. Because of this, you can’t take items such as lighters or battery-powered devices into the hyperbaric oxygen therapy chamber. In addition, to limit sources of excess fuel, you may need to remove hair and skin care products that are petroleum based and potentially a fire hazard. Ask a member of your health care team for specific instructions before your first hyperbaric oxygen therapy session.

Depending on the type of medical institution you go to and the reason for treatment, you may receive hyperbaric oxygen therapy in one of two settings:

During hyperbaric oxygen therapy, the air pressure in the room is about two to three times normal air pressure. The increased air pressure will create a temporary feeling of fullness in your ears — similar to what you might feel in an airplane or at a high elevation. You can relieve that feeling by yawning or swallowing.

For most conditions, therapy lasts approximately two hours. Members of your health care team will monitor you and the therapy unit throughout your treatment.